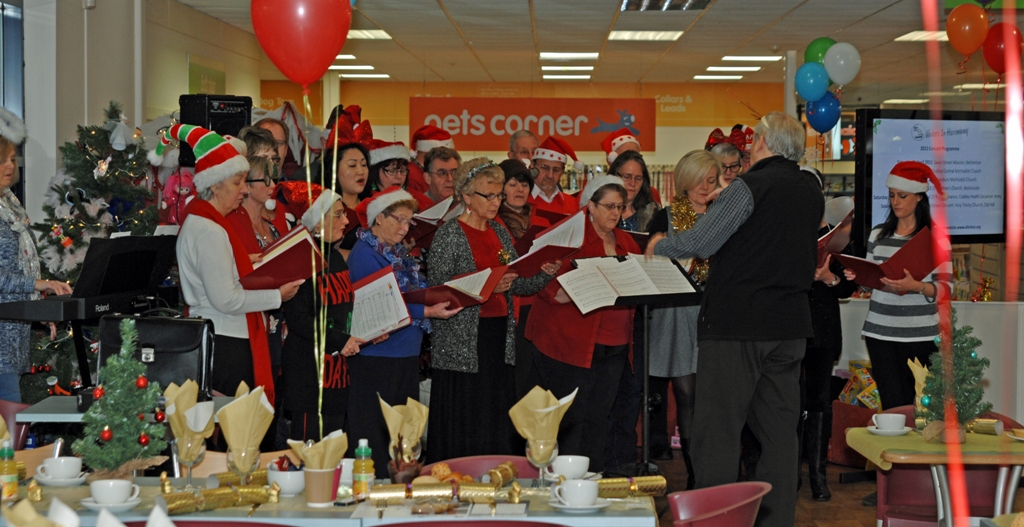 The renowned Black Country choir Voices in Harmony (VIH) held their annual Christmas Charity Concert on Saturday 13th December 2014 at Holy Trinity Church, Old Hill in the Borough of Sandwell – this year in support of Alzheimer’s Society and Mary Stevens Hospice in Stourbridge.

The Remembrance Festival, which has now become an established event for both Voices In Harmony and Cradley Heath Salvation Army, was a sell-out event attended by a number of dignitaries including James Morris MP for Halesowen and Rowley Regis, the Mayor of Sandwell MBC and other Sandwell MBC Councillors.

A number of local organisations including The Royal British Legion were represented.

David Bishop-Rowe led the Festival Band who together with Voices In Harmony, led by Musical Director Stephen Bradley, provided a musical beginning to the evening, leading into a Remembrance Service led by Major Joy Stephenson from Cradley Heath Salvation Army.

Voices In Harmony participated in the Remembrance Festival which took place at Cradley Heath Salvation Army on Saturday 8 November 2014.

Voices In Harmony organised a concert to support Cancer Research UK in Cornbow Hall, Halesowen on 5 April 2014 compered by Michael Collie (BBC Midlands Today).  A total of £1160 was raised and presented to the Halesowen Cancer Research UK shop which has been broken into 6 times in 2 years.

Time: 7:00pm
Tickets: To Be Confirmed