On 7 March 2017 Voices In Harmony members celebrated the 20th anniversary of the choir at The Granary Hotel near Kidderminster. 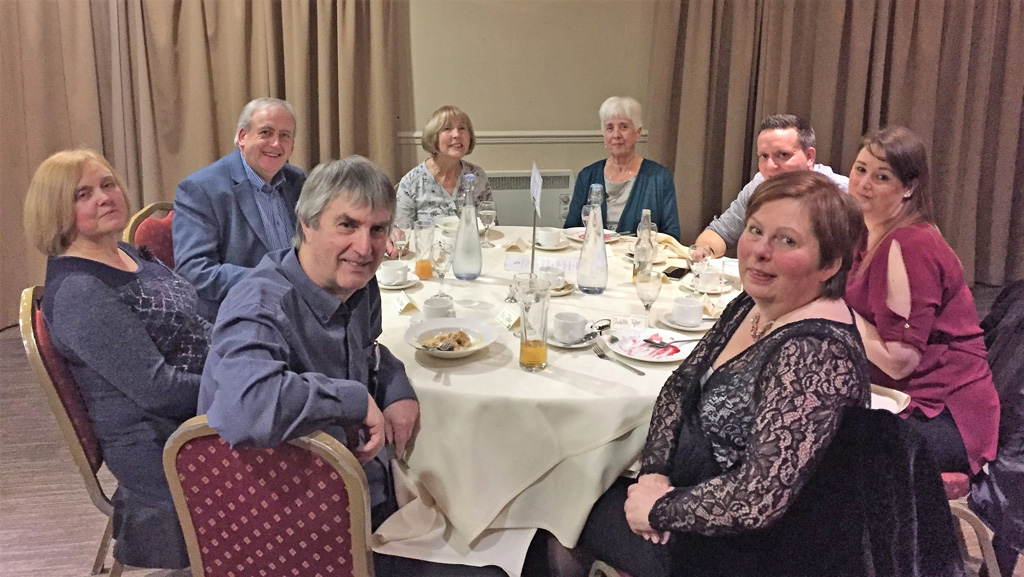 Voices In Harmony was formed in 1997 to perform Handel's 'Messiah' in West Bromwich Town Hall as part of the BT Voices For Hospices event that year.  After the performance in October 1997 choir members decided that they wanted to continue as a choir.  Hence was born Sandwell Community Choir which has evolved into the 70 strong Voices In Harmony mixed voice choir of today.  There are still about 12 members who performed in 'Messiah' in 1997 including the Musical Director Stephen Bradley (pictured 2nd from left).

For more photographs of the 20th anniversary celebration see our photographs section or click here.

Cancelled due to Coronavirus restrictions.
We hope to rearrange it for a date in 2021.

Click on image below to see our flier (pdf) showing our events in 2020 and information about Voices In Harmony and Pure Harmony. 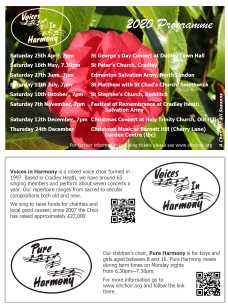